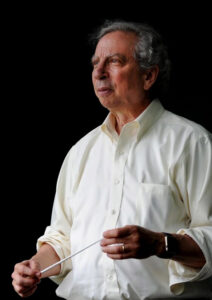 Arthur Fagen has been the Music Director of the Atlanta Opera since 2010. Mr. Fagen is in great demand as a conductor of symphony and opera in Europe, Asia, South America, and the United States. His is a regular guest of the most prestigious opera, concert halls, and music festivals at home and abroad.

With an operatic repertoire that spans more than 90 works, he has been the Principal Conductor in Kassel and Brunswick, Chief Conductor of the Flanders Opera of Antwerp and Ghent, Music Director of the Queens Symphony Orchestra and a member of the conducting staff of the Chicago Lyric Opera. From 2002/2007 Mr. Fagen was the Music Director of the Dortmund Philharmonic Orchestra and the Dortmund Opera, with which he toured through Holland, Belgium, Austria and China.

Mr. Fagen has recorded for BMG, Bayerischer Rundfunk, SFB and WDR Cologne, and has enjoyed a long-term relationship with Naxos label.

Mr. Fagen is Professor of Orchestral Conducting at the Jacobs School of Music at Indiana University