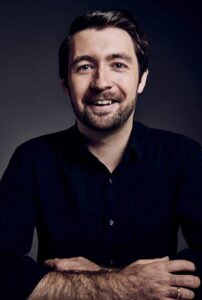 Lochlan Brown is an Australian pianist, composer and conductor. Currently based in Amsterdam, his recent conducting appearances include Candide at the Lithuanian National Opera and a world premiere Anansi at the Dutch National Opera. He also works on the music staff of Opera Zuid and Reisopera in the Netherlands.

Lochlan’s interest in theater began as a repetiteur at the West Australian Opera and the Lisa Gasteen National Opera School in Brisbane, Australia. He then moved to New York to pursue studies in Orchestral Conducting and Collaborative Piano at Mannes School of Music and spent summers at the Miami Music Festival as a repetiteur and assistant conductor. Whilst in New York, Lochlan played for various productions with Opera on Tap, Bare Opera, Long Island Opera and On Site Opera. For the 2018-2019 season, Lochlan was offered the position of Maestro Collaboratore at Teatro dell’Opera di Roma and the following season he joined the Dutch National Opera Studio in Amsterdam. As a pianist, Lochlan has appeared in recitals at Carnegie Hall, the Concertgebouw, as well as on Dutch television and radio, including Podium Witteman and Mondo.

Lochlan also enjoys working in TV, film, and musical theater. With his experience as a keyboardist in Broadway pits, he makes arrangements and orchestrations for projects fusing opera, hip-hop, ballet, electronics and other cross-genre elements. In 2021 he worked as assistant to Leonard Evers and vocal coach on the successful TV competition show, ARIA, which will return in 2022 for a second season.